The Word on the Street is Queer: Also, Watch for a Rae Spoon Book Launch Near You

Posted on September 21, 2012 by CaseytheCanadianLesbrarian

The Word on the Street is a national festival centred on, you guessed it, words, in all their diverse glimmering glory.  Taking place in Vancouver, Lethbridge, Saskatoon, Kitchner, Toronto, and Halifax and starting in a few days (depending on where you are), Word on the Street is a fantastic event dedicated to celebrating words, literacy, and writers.  It’s also completely free!  Not limited to author readings (although there are plenty of those), the festival also features performances of the theatrical and spoken word variety, workshops, exhibits, and in the words of their website, “all-round literary mayhem.”  Let’s see where and when we can find the queer words.

In Vancouver, look for: poet Elizabeth Bachinksy, whose gorgeously dark poems I loved in Amber Dawn’s collection Fist of the Spider Woman; American ex-pat poet Jen Currin whose most recent poetry collection won a Lambda and an Audre Lorde Poetry Award; multi-talented author Hiromi Goto, who was fantastic, sexy, and funny at this summer’s Queerotica reading; and Leah Horlick, whose beautiful poems were some of my favourites in Plenitude.  Honourable mentions go to queer male writer Billeh Nickerson and Mohawk writer and queer ally Janet Marie Rogers, who is currently Victoria’s Poet Laureate.  Both of these authors were at Victoria’s Pride and the Word Event, and were amazing, funny performers.  Also, you must definitely go to “Poetry is Dead with Alex Leslie” –whose prose poems in Plenitude wowed me!  This panel features queer poets (Jen Currin, Leah Horlick, kierst wade, Lydia Kwa, Ben Rawluk and Antonette Rea) who are going to be feautured in the upcoming queer issue of the rad Vancouver-based poetry magazine Poetry is Dead.

None of the authors listed as part of the festival in Lethbridge are queer, (as far as I know—someone please prove me wrong!).  In Lethbridge, though, I would highly recommend going to see Ojibway writer Drew Hayden Thomas.  Also, the editor of an academic collection I’m featured in, Amy Bright, who is also a writer for young adults, is going to be reading.  In Saskatoon, Anthony Bilduka is a favourite hometown queer author (thanks for the tip, Leah Horlick!).  I would definitely also go see Yann Martel, whose fascinating Life of Pi won the Man Booker Prize when it came out.  His problematic but moving novel Self is a modern-day Canadian adaptation of Virginia Woolf’s queer feminist classic Orlando; or, at least I argued it is, in my Master’s thesis.

Alas, it appears there are also no queer authors participating in the festival in Halifax; I find this quite odd, since I personally know of a few queer woman poets who are or at least were recently based in Halifax.  I wonder why Tanya Davis isn’t doing any spoken word?  Anyway, Newfoundlander Donna Morrissey (author of Kit’s Law among other great novels) is going to be there, and that almost makes up for the disconcerting lack of queers. 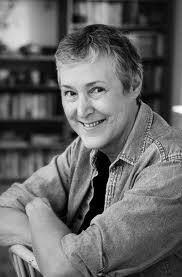 In Ontario, it seems that there are no queers featured in Kitchener (although, Jian Ghomeshi is awesome and will be there); however, in Toronto, we are certainly in luck.  Check out: Liz Bugg, a TO-based lesbian mystery writer; Dani Couture, who received the 2011 Dayne Ogilvie Prize (the same award Amber Dawn won this year); Farzana Doctor, whose most recent novel Six Metres of Pavement won a Lambda award; Karleen Pendleton Jiménez, a Chicana lesbian writer/scholar based in Toronto whose memoir How to Get a Girl Pregnant was published last year; and Mariko Tamaki, whose queer YA novel (You) Set Me on Fire just came out.  Honourable mentions are Wayson Choy, a brilliant queer male writer and Vivek Shraya, another queer man who’s the author of a short story collection that won a Lambda but is better known as a musician.

Speaking of Vivek Shraya, did you know he and trans writer and musician Rae Spoon are travelling together in the near future doing a show called Recovering Albertans?  I’m sold by the name alone.  This multi-media tour is going to feature music, of course, but is also going to include book launches for First Spring Grass Fire.  Rae and Vivek are going to be in Toronto (right around the time of The Word on the Street), Ottawa (at Venus Envy, the coolest sex store / bookshop ever), and Montreal.  Sans Vivek, Rae will also be launching the book in Vancouver, Calgary, Saskatoon, Kindersley, SK, Regina, and Winnipeg.  Essentially, Rae is going to be pretty much be everywhere, so you can see them wherever you are, unless you’re up North or on the East Coast.  Check out their website for more info!

Known in some internet circles as Casey the Canadian Lesbrarian, Casey Stepaniuk is a writer and librarian who holds an MA in English literature. She lives and works in the unceded territory of the Snuneymuxw First Nation (Nanaimo, BC). Topics and activities dear to her heart include cats, bisexuality, libraries, queer (Canadian) literature, running, and drinking tea. She runs the website Casey the Canadian Lesbrarian, where you can find reviews of LGBTQ2IA+ Canadian books, archives of the book advice column Ask Your Friendly Neighbourhood Lesbrarian, and some other queer, bookish stuff. She also writes for Autostraddle. Find her on Twitter: @canlesbrarian. Some of her old reviews, especially the non-Canadian variety, can be found at the Lesbrary.
View all posts by CaseytheCanadianLesbrarian →
This entry was posted in Bisexual, Canadian, Farzana Doctor, Fiction, Halifax, Hiromi Goto, Indigenous, Lesbian, Mariko Tamaki, Montreal, News, Poetry, Queer, Toronto, Trans, Trans Masculine, Transgender, Vancouver and tagged books, Dani Couture, Elizabeth Bachinsky, Janet Marie Rogers, Jen Currin, Karleen Pendleton Jiménez, Leah Horlick, literary festival, literature, Liz Bugg, Rae Spoon, Vivek Shraya. Bookmark the permalink.

4 Responses to The Word on the Street is Queer: Also, Watch for a Rae Spoon Book Launch Near You